Composer was an application in some of the classic Nokia phones (such as the Nokia 3210 and Nokia 3310) which allowed the phone user to compose ring tones for there phones by pressing the phones buttons to make certain sounds. The 3310 had a total of 7 slots for composed ring tones. The composer became quite a popularly used feature by the users. The composer application/tool can be found within the tone menu of a Nokia 3310.

Many websites on the internet started providing the keypress codes people needed to compose the latest music song into composer ring tones. This meant that it was easy to get the latest hit song as your ring tone. For links to any of theses sites, see the link section at the bottom of the page.

All composer songs are in the .nrt file format.

Referring the website given makes the composer easier to use. You just need to press the corresponding key as required; e.g. if it says 5, press the 5 key. If a number has brackets around it, press it longer.

However it is wise to know what exactly do the letters and numbers shown in the composer screen mean after a button is pressed/held. These keys can determine which note is played, their length, whether they are sharp, and whether they are rests.

Pressing 1-7 creates a quarter note in the second octave.

For example, pressing 4 yields a "4f2"; the first number shows its duration while the second shows its octave.

Holding a note dots it; e.g. holding 3 yields "4.e2", effectively making the note 3/2 as long as when it is simply pressed.

To modify a note, move the cursor right to the note you want to modify and press the necessary keys.

Pressing 8 halves the notes' duration. Note that the number on the left is actually inversely proportional to the note's length. In this case, pressing 8 doubles the first number. It can only go up to 32. After that, pressing 8 will loop it to 1.

Conversely, 9 doubles the notes' duration, which means the first number will be halved. Doing this to a whole note (first number is 1) causes the number to become 32.

Some background of musical theory is useful in making your own melodies, although not necessary. Composing your own "sheet music" using composer would require some patience, as well as a willingness to explore. 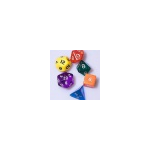