The Nokia N70 is a multimedia 3G smartphone made by Nokia and launched in Q3 2005.

The Nokia N70 (Model N70-1) is one of the handsets in Nokia's Nseries lineup of smart phones. It is equipped with a 2 megapixel camera with built-in flash, a front VGA camera to allow video calling, FM radio, Bluetooth, digital music player functionality, and support for 3D Symbian, Java games and other S60 2nd Edition software.

It uses the S60 user interface and the Symbian 8.1a operating system.

At the time of its launch, the N70 had the most built-in memory alongside its system memory and was the penultimate (before the related N72) Symbian OS 8.x device released by Nokia, since the introduction of their new OS9 platform released in 2003 which offers more flexibility than the original that was made in 1998 and upgraded from then on.

The N70-5 is a variant of the N70 without 3G or a front camera. It was shipped to China, Mexico and East Europe markets and provides a lower-cost option for users who don't want or need 3G services.

In 2006 Nokia released its Music Edition series for N70, N73 and N91.All had blackhousing and new sales boxes and packages, and were special for their extra storage capacity as compared to the standard models. Music Edition of the N70-1 model featured a 1 GB memory card, 3.5 mm audio adapter with remote contol (AD-41), headphones (HS-28), dedicated music button (press once to activate music player or press and hold music button to activate radio mode) in place of the multimedia key button.

The New N70 Music Edtion Also Contains replacement of the Themes it contains A Green Stave and A Red Waveform. 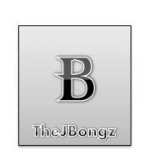