The Nokia NST-4 is a 3G feature phone from Nokia. The NST-4 uses the OS7 FP2. It is available in Black/silver color .

With original or replaced camera phone can take macro photos, with distance from 1 to 10mm

Many firmware updates have been released for the Nokia Nst that fix many of the issues related to the original firmware. The original firmware has been known to drop out and crash without warning. The new firmware has fixed some of these issues as well as adding more complete ID3 functionality for the music player and stereo bluetooth capability. The newer firmware versions are similar to those of the Nst-1, Nst-2 and Nst-3

System packs are different from firmware.

Wherever you go, take Skype with you on your Nokia Nst-4. Now it's even easier to make free Skype-to-Skype video and voice calls on the move. Use Skype whenever, and wherever you want over 3G and WiFi

Nokia NST-4 is no more available for sale. 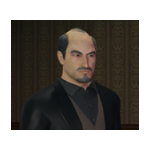 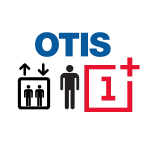